How to play Teen Patti?

Are you looking to try out your hand in the popular Indian game of Teen Patti online? Popularly known as Flush(flash) in several countries, this is a modified version of Poker and is hugely popular among Indian gamblers.

Our comprehensive selection of audited Indian casinos has some of the best Indian Teen Patti online casino games in the industry. Before going down that road, we would highly recommend you to check this tutorial on Teen Patti, so that you can be at your best while trying out your luck!

In Teen Patti game, a pack of 52 cards is used. Just like the usual order, the ranking is made in decreasing order from an Ace to Two. Just like Poker, any number of players can take part in the game, although the gameplay stays the best if 4-7 players are involved. 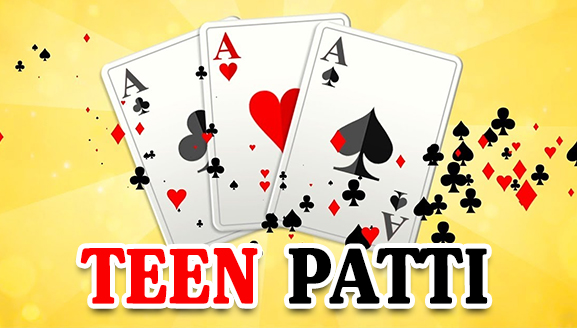 Every Teen Patti live game is initiated by defining the minimum stake. Every player has to wager this minimum bet in the form of chips at the center of the table. Only one player wins the entire amount by the end of the game. The dealer then starts dealing the cards to everyone one at a time until and unless everyone has three cards. The game revolves around who has the best Teen Patti game sequence out of the rest. Before betting, every player has the option to check out their Teen Patti game card sequence or they can play blind and leave their cards face-down on the table.

The main objective of the game is to showcase the best 3 card hand and maximize the pot before the final showdown. In an online Teen Patti game, the 2s are ranked the lowest while the Aces are ranked the highest. Basically, it is an Indian twist on the popular Three Card Poker game.

Teen Patti rules are usually very simple.  The betting is initiated by the player sitting to the left of the dealer and then in a clockwise manner. Every player has the option to bet chips into the pot or drop out of the game by folding. By folding, the player loses all the online Teen Patti chips that he or she had given in the pot from the very beginning of the game.

There is a blind play where the player bets on their cards plainly from their gut feeling without looking at their cards. However, any player can choose to view their card and place the bets appropriately when their turn comes. They can also call for a raise or fold.

Now, that you know everything about the game, head over to our section of handpicked online casinos and begin your Teen Patti game adventure with real money today! Remember to gamble responsibly.